Here you can learn about Gotye’s career and private life facts, read the latest news, find all the awards he has won and watch photos and videos.

Wouter Wally De Backer, known as Gotye (Bruges, 21 May 1980), is a Belgian-born Australian musician and songwriter. He has released three studio albums and a remix album of songs from his first two albums. De Backer is also a member of the third Melbourne indie-pop band to have independently released three studio albums and numerous other titles since 2002. He has won five ARIA Music Awards and received a nomination for an MTV Europe Music Awards for Best Artist for the ‘Asia and the Pacific. The name Gotye (pronounced go-tea-yay) comes from Gaultier, a French form of Wouter (Gualtiero in Italian). 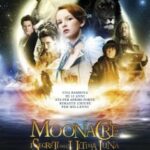