Welcome to Weekend Binge. Every Friday we’ll bring you an over the top title designed to keep you from going too crazy. Check back throughout the weekend for even more queer entertainment.

We stumbled across this new Hulu series last weekend, and in short, we weren’t prepared. Contrary to what the title may suggest, Sasquatch isn’t about the Bigfoot legend… at least, not exactly.

The three-part documentary series focuses on investigative journalist David Holthouse, a man known for his coverage of sex crimes. In the 1990s, while researching another story in Northern California, he encountered a story told by two frenzied men: Bigfoot had killed again. This time, the legendary beast had torn three Mexican migrants to pieces, destroying their camp in a jumble of muddy and bloody carnage. The series resumes today, as Holthouse returns to the area to investigate the story. There, he meets various legends about the mythical Sasquatch, its connection to a series of murders… and a community of post-hippie survival marijuana growers.

The first episode of the series deals with the legend of Bigfoot in great detail and could easily be mistaken for a pseudoscientific Ancient Aliens type claptrap. This includes interviews with Bigfoot hunters, including a nutty gay couple devoted to documenting the beast. Make no mistake about it: director Joshua Rofé lays the groundwork for a much more complicated and much more frightening story about organized crime, the war on drugs, racism, paranoid former hippies and a forest where dozens of people disappear without a trace. The two remaining episodes plunge Rofé and Holthouse into the heart of the matter, where legal and illegal drug trafficking clash, and where the majesty of the redwood forest indeed hides dark creatures.

We admit that the queer ties here aren’t the strongest, though watching a middle-aged gay couple bickering and chasing Bigfoot is pretty fun. Beyond that, Sasquatch offers a thrilling mystery in a world where hatred and fear lead to violence, and where crimes against a certain category of people are ignored (sounds familiar to you?). So, does Holthouse discover the real Sasquatch? Is the creature responsible for the murder? Should the answer to these two questions be yes? Watch and follow the trail yourself. Once you walk through these woods you won’t get lost. Sasquatch is devious, scary, and captivating as hell. 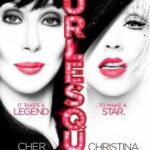