The pair will appear in a new London revival of the piece Constellations. The stage show explores a relationship within the context of parallel time and universes, imagining all the dynamics it could have had.

Attitude reports that Douglas and Tovey will join actors Peter Capaldi and Zoë Wanamaker, Sheila Atim and Ivanno Jeremiah, and Anna Maxwell Martin and Chris O’Dowd in the repertoire, alternating performances as the two protagonists of the play. They are the only gay couple in the production.

“Reviving the constellations with four brilliant representative roles – varying the age, ethnicity, sexuality and nationality of the lovers – feels like an exciting way to help revive the West End, providing the public with new interpretations of this life-affirming play on choice, ”Michael Longhurst, artistic director of The Donmar Warehouse, the venue that hosts the show, said in a statement.

The announcement marks a watermark moment in the fight against COVID-19, as live public rooms continue to reopen. The Constellations audience will be seated in a socially distant manner to avoid any further infection from the virus.

The news also comes as Tovey and Douglas watch their stars rise. Omari Douglas starred in the AIDS drama It’s a Sin earlier this year. His appearance in Constellations will mark the 27-year-old actor’s West End debut.

Russel Tovey, meanwhile, returns to the West End after his 2017 run in Angels in America. Lately, the actor has turned more to work in film and television, appearing in The Good Liar and Supergirl in 2019 and psychological drama The Sister in 2020. 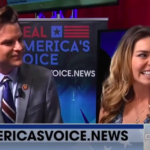 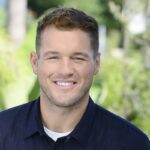