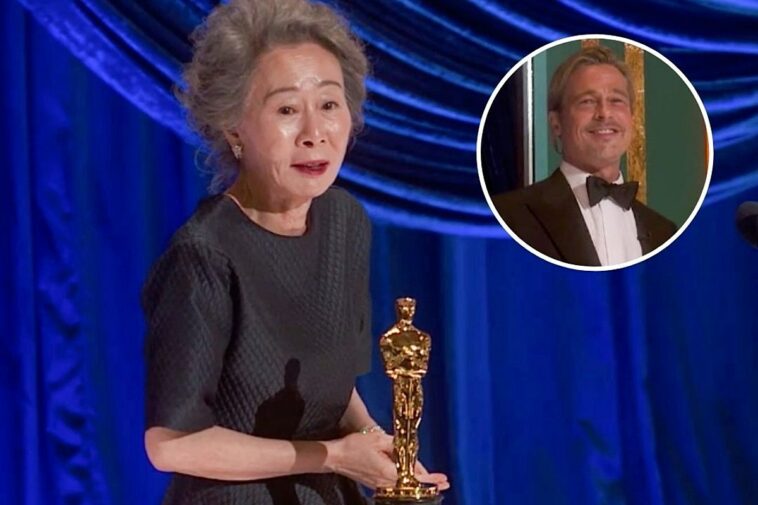 Youn Yuh-jung, who was set to win Best Supporting Actress this season, walked away with her very first gold statue at the 2021 Oscars on Sunday night (April 25). But what we weren’t expecting was the little meeting moment she had with Brad Pitt, who introduced the category.

“Mr. Brad Pitt, finally. Nice to meet you,” she said after taking the microphone. “Where were you during the filming?”

She then took a moment to pull herself together and continued, “It’s an honor to meet you.

While this might seem like a fortuitous – and even fun – moment in Youn’s film, Minari was actually backed by Pitt’s production company, Plan B, along with MGM. Pitt is cited as one of the film’s executive producers.

But the memorable moments didn’t end there. The actress made sure to correct the crowd on how to pronounce her name and pay tribute to her Minari family, especially the director of the film.

“And most importantly, Lee Isaac Chung, without him I couldn’t be here tonight. He was our captain and my manager, ”she gushed.

Unexpectedly, Youn also brought in Glenn Close, who was also nominated for Best Supporting Actress and who was sitting in the crowd, in her speech. “See, I don’t believe in competition,” she said. “How do I win on Glenn Close? I watched her [in] so many performances. All the nominees, five nominees, we are the winner[s] for different movies … so we can’t compete [with] each other.”

As Youn continued her heartfelt speech, a close-up showed 2021 contestant Amanda Seyfried saying ‘I love her’.

Understandably, viewers loved everything about Youn and his speech. 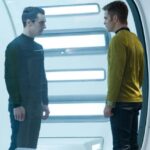