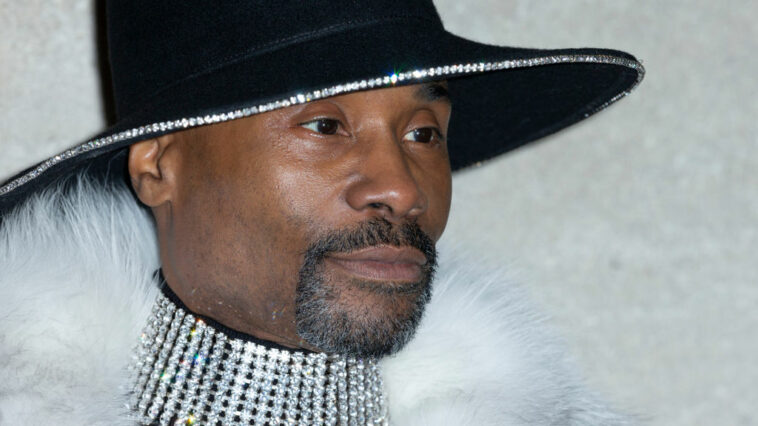 “I started in this business in the 1980s. I just turned 51 last year. I turned 50 the day before I won an Emmy Award for Best Lead Actor in a Drama Series. There was never, ever a space in my brain to dream what Pose is, what Pray Tell is. I spent the first 25 years of my career trying to fit into a construct of masculinity that society forced on us so that I could eat. Pose, and Pray Tell in particular, really taught me to dream the impossible. I say that all the time. And I just, you know, finished watching the season finale, so I’m very emotional. But the idea that Pittsburgh’s little black church sissy is now in a position of power in Hollywood in a way that never existed before. You can believe that I will wield this power and that there will be a difference and a change in the way things go from here on out… Remember that old saying: you don’t give someone the food , you teach them how to fish so that they can do it themselves. That’s the gift of this – of this, of being in this space, is that we all now have the power to come out and go on. I’m going to steal from Vice President Harris: You know, we can be the first, but we sure won’t be the last. – Emmy & Tony Winner Billy Porter, discussing his career and the effect Pose has had on his fame. Porter, MJ Rodriguez, Dominque Jackson and the rest of the cast discussed the series’ enduring legacy at a press conference on the eve of the final season, which begins on May 2.