Continuing his campaign promise to have the most diverse cabinet in history, President Joe Biden has appointed Chris Magnus, former Chief of Police of Richmond, Calif. And Tuscon, Ariz., As Commissioner of Customs and Protection borders. Magnus is an openly gay man.

“While in Richmond, Magnus played a key role in restoring community confidence in law enforcement and in dramatically reducing the number of shootings and homicides,” the White House said in A press release. “In Tucson, Magnus implemented de-escalation training, sentinel event review processes, and programs to promote agent health and well-being.”

Magnus, 60, already holds another “first” distinction to his credit. The San Francisco Chronicle reports that he is also the first openly gay police chief to marry. Magnus and her husband Terrance Cheung married in 2014.

Magnus also received much praise for his reforms while he was police chief in Richmond. He improved community relations with the police during his tenure, and the city’s homicide rate fell from 38 homicides in 2006 to just 11 in 2014, prompting the Obama Justice Department to appoint him a special police misconduct investigator in Ferguson, Missouri. He also made headlines in 2014 when a photo of him taking part in a #BlackLivesMatter protest holding a support sign went viral on the internet.

If confirmed, Magnus will inherit an ongoing border crisis in the United States, as thousands of migrants rushed to the country’s southern border in hopes of entering the country. 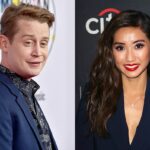 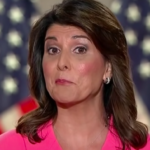