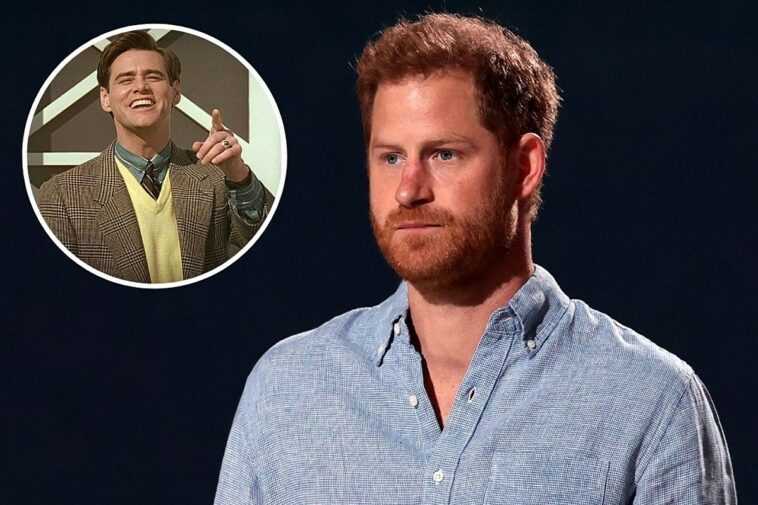 On Thursday, May 13, Harry sat down with Dax Shepard for an episode of the actor’s Armchair Expert podcast. During the conversation, the Duke of Sussex spoke candidly about his experience in the royal spotlight.

Harry described his upbringing as a member of the British Royal Family as “a mix between the Truman Show and being in a zoo”. The 1998 meta starred Jim Carrey as a man who didn’t know he was the star of a reality show hidden about his life.

Harry revealed that he started to question his role as a royal in his early 20s. Her staff apparently told her to “keep going” and smile through her problems. He even referred to the death of his mother, Princess Diana, in 1997 in a car crash after being chased by paparazzi.

Harry said the biggest problem for the royals is the fact that they “inherit every element with no choice.” It was only after meeting and then marrying Meghan Markle and undergoing therapy that he realized he had to escape the royal lifestyle.

He revealed that there were three times in his life he felt completely helpless: when he was a kid in the car with his mother while they were being chased by paparazzi, when he was in Afghanistan flying in an Apache helicopter. , and a time when he was with his wife. “These are the times in my life when, yes, feeling helpless hurts. It really hurts, ”he admitted.

Although he had the privilege, the platform and the influence, he could not change his royal line. Once he realized that “that’s when [started] take a toll. “

Thankfully, while the paparazzi are still a problem, life has become more ‘normal’ for Harry, Meghan and their growing family since moving to California.