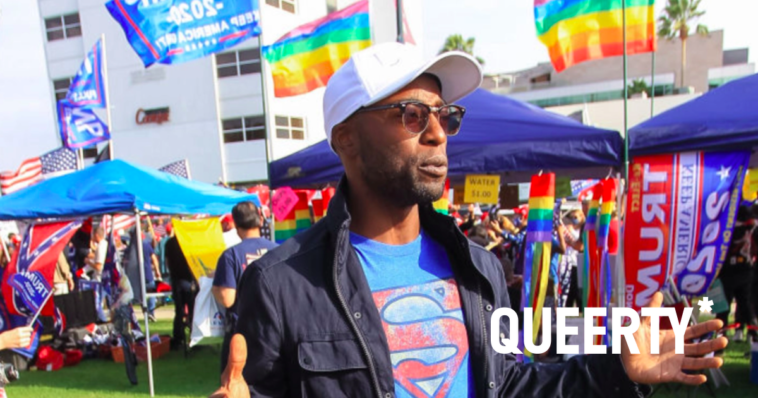 A Netflix actor sells t-shirts on Instagram to supposedly raise funds so he can sue his local newspaper for reporting on his involvement in the failed MAGA coup in January.

FBI agents raided the home of actor Siaka Massaquoi in North Hollywood last week after it was seen in videos taken inside the U.S. Capitol during the January 6 uprising.

It is not clear exactly why the FBI raided his home, although FBI spokeswoman Laura Eimiller confirmed that a search warrant had been filed in advance and said that ultimately no one was had been arrested.

Here is a video that Massaquoi shot shortly after he allegedly stormed the Capitol.

“We had the right to enter the Capitol because it’s ours,” he says in the video. “This is our Capitol. This is not the Capitol for politicians. It’s ours.”

After the raid, Massaquoi posted a video on Instagram saying he “hadn’t done anything wrong on the 6th” and accused law enforcement of trying to “paint something wrong” while he ” had done nothing violent “.

Since then, he’s begged people to send him donations on Venmo so he can “sue” the Los Angeles Times for reporting on his story. He also sells t-shirts with the aim of raising additional funds.

According to the Los Angeles Daily News, Massaquoi attended an anti-vaccine rally in Los Angeles in January and joined a protest in favor of a sports bar that refused to close amid a scale shutdown. county last December.

The newspaper says he contacted him several times for comment, but never responded, and when they called his cell phone number, a woman hung up on him.

For a guy who wants to sue his local newspaper for what he sees as an unfair report on him, you’d think Massaquoi would accept the journalists’ offer to share his side of the story.