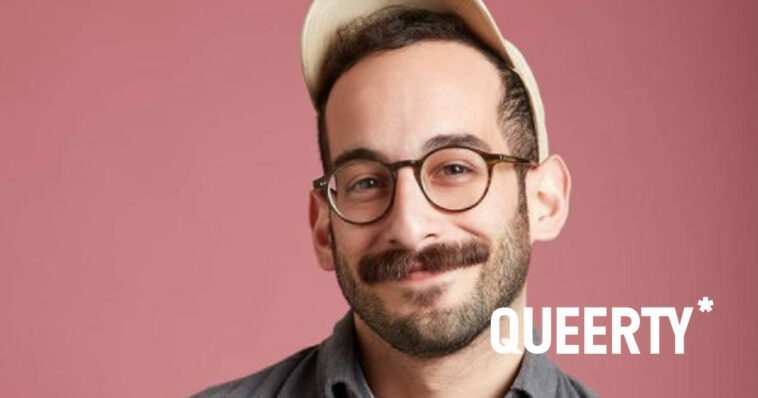 The Central Florida native has made a name for himself in New York underground comedy, playing stand-up and improvisation. Success in the field helped him land a writing job for MTV News, writing for the digital series Decoded. He also hosts the weekly Hosting trivia game for the gay networking app Scruff.

For our purposes, however, Gabe lends his voice as the host of The Queerty Podcast, the new Forever Dog podcast that airs every Friday. Each show features a recap of the main Queerty stories of the week, as well as interviews with members of the LGBTQ community to discuss their contributions to equality, entertainment and other queers.

We caught up with Gabe in a rare moment of peace in the middle of his busy schedule. The Queerty podcast airs every Friday and is available from Forever Dog on all major platforms.

You are from central Florida. Which city exactly?

I grew up in this city called Oviedo.

I went to UCF Orlando so I know it.

Oh my God. I grew up 15 minutes from UCF. In fact, a summer camp at UCF is where I lost my gay virginity. In fact, you might be familiar with the Oviedo chickens hanging out outside Popeye.

That I do not know. Chickens?

Ok so it was a very local thing. For lack of a better word, there is a troop, a horde of semi-wild chickens in downtown Oviedo. Either way, these chickens hang out on the street. There was a full “Chicken Crossing” sign. You can search it on Google. Love the photographers who documented this: they were just hanging out at Popeye’s drive-thru.

It was so dark. And that perfectly sums up my experience growing up in central Florida.

Well, I am relieved. I thought it was going to be some sort of gathering of scammers and renters hanging out in front of Popeye. No shade for sex work, but I’m glad it wasn’t where you wanted it to be.

And there were those parts of Orlando.

But it’s so weird that there are wild chickens in central Florida. How weren’t they eaten by the alligators? Anyway, enough about the chickens. How does that sum up your education? Did you identify with the chickens? Or the Popeyes?

A bit of both. There was something so fatalistic but so blissfully oblivious to chickens. They just do their best, knowing full well that their brothers face unimaginable hardships inside the Popeyes. And they are not the wisest. I thought there was something beautifully dark about it. And this is Oviedo.

How did you come to New York?

Long and winding road that is messy and embarrassing at the same time, but also exciting. I left Florida when I graduated from high school at 17. I decided to go as far as possible, to Providence, Rhode Island. I entered with the weight of my family’s expectations. I was the first person in my family to earn a bachelor’s degree. I specialized in international relations, to be a politician or a diplomat. This is what my parents expected.

Related: The Queerty Podcast Is Officially Here! Here’s where to listen.

Then I got in, got out, joined an improv group, and started smoking weed. So I deviated from this plan and changed my specialization to Culture and Modern Media. It was a film and media studies program at Brown [University]. This is where I learned a bit more about production, theory and projection. But this is where I followed my instincts on something I liked. After that, I went to Chicago for a bit. I took a short semester program called Comedy Studies at Second City. We have come to criticize the way these institutions are structured and who has access to them. I certainly don’t think I would have had access to a program like this if I hadn’t been to Brown.

I wouldn’t have had the opportunities that I had. It was educational in the sense that I learned that I could do comedy beyond improvisation. So I moved to New York because it seemed like a place I could find a digital media job that could keep me afloat while doing comedy at night. My start in it was definitely not a cave club comedy show. I was the one who met gays who introduced me to drag queens and performance artists at a weird show in the basement where everything smelled of mold and feet where I could do 10 minutes of stand-up.

I suggest you title your memoirs Mold and feet.

Beyond that, you talk about finding your voice as a comedian. The comedy is very personalized to the comic book. What is your approach to comedy? Where do you find the humor?

I think my stand-up is different from my writing. On stand-up, for better or for worse, I honed my satirical voice by hosting videos for digital media sites, which never felt authentic to me. It has always been voice filtered from the digital media site. But I got used to learning how to quickly and accurately research stories and comment on them from a specific point of view. It’s a skill you use on a stand-up: it requires that kind of diligence. If you want to comment on the world around you, you can’t just read a tweet and a riff. You have to provide a bit of context. SO for me, because I think a lot of marginalized communities mention how their existence has been politicized. For me, merging politics and personnel is obvious.

Whether or not you like him or her as a queer person, trans person, as a person of color, or however you identify with yourself, whether or not you want to be political about your existence, someone is will politicize your existence. So I think that’s where the connections happen. I love to talk about my family. I love to talk about the bits and pieces I learned about Puerto Rico. I was not born there, but I was immersed in it. But the craziest thing is that you are sharing something that you think is so personal about yourself, and I think the only good thing about Twitter is that people are going to love that very specific thing. This Memoir of Walter Mercado, or this Words from Shakira… little things like that, that I kind of felt “altered” because of where my family came from. In adulthood, in college, meeting other Puerto Rican or Latin American people in comedy or whose parents are also disappointed with their choices. It’s like, Alright, great, we all fail together.

It’s great for comedy too, just to see how many queer comedians or comedians of color in New York City have created spaces that aren’t necessarily dominated by heteronormative white voices. It’s so exciting to see.

How did you get into podcasting?

It was a very beautiful coincidence. Obviously, we all work remotely. I had been a fan of a lot of Forever Dog podcasts for a while. Race hunter with Willam and Alaska is a staple in my house. And I have a lot of friends in it. I knew Big Dipper when I first moved to New York, so it’s great to see him do that. I think so many comedians in New York see a possibility in the genre in a specific way. It doesn’t have to be news or an audiobook or anything related to producing media content in the traditional way. Podcasts are really personal. I was really excited when Forever Dog approached me about The Queerty podcast. I think it’s a very nice balance. There is the opportunity to talk about my personal experiences within the queer community, which is the audience for Queerty.

But then also have the opportunity to show strength in journalism. It’s a very nice balance. And I’m learning how useful podcasting can be in providing structure in these pandemic conditions. Glad to continue when I get back to the real world. It was really great.

So back off for a second. You say you are a fan of Forever Dog. How did you let Forever Dog know you were interested in hosting?

They approached me. Joe Sullio from Forever Dog approached me because they were looking for a host for Queerty. I thought it was a really good fit. We spoke on the phone and I had never released a podcast before. I had been a guest on a heap. I think the idea behind the podcast that really excites me is the mix of pop culture, comedy, and news. I think there is room for lightness in a deeply problematic world. I found it to be a refreshing prospect.

How do you prepare for a show? What does production look like?

We have a very good producer and editor on the show. Andrew McGuire is the producer; Sharin Launit is the editor. They are both fun. I joke that I see them more regularly than anyone in my life these days. It’s really nice to see familiar faces. We bounce around ideas about the guests. If an episode is long or if a guest has scheduling conflicts, Sharin is really good at making it happen. So I think we’re that trio day to day. It’s also exciting to receive feedback from the producers – the editors of Queerty. So I’m working with Andrew to see who comes on the show. I read some headlines from Queerty or LGBTQ Nation. And we sort of pick three stories that are a good look at what people are talking about. 90% of the time, these are topics that I already know.

Then from time to time we will have a The single person story, where I am how can I research this while maintaining my sanity? Then we send this script to our employees at Forever Dog. We receive notes. My favorite part is researching our guests.

I love to dive deep into people. You discover things that you wouldn’t have otherwise. I’m looking for specific dates for social media posts. I am pulling articles from five years ago. Andrew jokes that I am sometimes a private investigator when looking for guests. But I want to come prepared. I think there’s nothing worse than a really generic interview where someone gets asked the same questions they’ve been asked a thousand times. It’s like, what’s the point?

We had a really interesting interview with Vanessa … 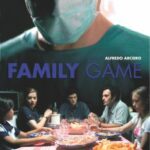