Maybe it’s the music. The first trailer for the new Netflix series produced by Ryan Murphy Halston has arrived with a gothic version of Depeche Mode’s “Enjoy the Silence”. In short, we are scared.

Halston follows the rise and fall of the titular designer who became the face of American fashion in the ’70s and’ 80s. Halston became known for his eccentric designs and the use of celebrity models in his runway shows, and as as a member of Studio 54 in New York. Drug addiction and personal problems propelled her career into a free fall in the mid-1980s, her fashion empire eventually stolen away by corporate deities. He died of AIDS in 1990.

Related: Here’s The First Look At Ewan McGregor As A Gay Creator In Ryan Murphy’s ‘Halston’

Halston arrives on Netflix on May 14. 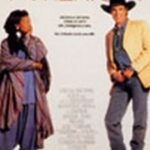