The hidden gem: the east

Director Zal Batmanglij doesn’t have enough credit. The co-creator of cult series The OA, and director of sleeper hits including Sound of My Voice and The East is one of the most ambitious and interesting filmmakers working today. Perhaps because he is an openly gay man, his films always include queer characters and performers, even if they are only incidental roles.

To see Batmanglij at its best, look no further than its 2013 indie thriller The East. The film stars his frequent collaborator Brit Marling (with whom he co-wrote the screenplay) as Jane, a private security investigator assigned to search for a fringe environmentalist group called The East. Part Greenpeace and part anonymous, the East began to carry out attacks on corporate figures in the name of revenge. Jane manages to infiltrate the group where she develops friendships with several key members of the group, including Izzy (Elliot Page) and Doc (Toby Kebbell), and finds herself increasingly drawn to Benji (Alexander Skarsgård), the handsome and charismatic leader of the group. Jane begins to question her own loyalty and motivations, as the group begins to plot one disastrous and destructive act of terrorism after another.

The East has an interesting and talented supporting cast: Patricia Clarkson, Billy Magnussen, Jamey Sheridan, Julia Ormond and Jason Ritter all have supporting roles. It also features Marling in his best performance to date. In a career full of ethereal and distant characters, her Jane is much more social and physical – it’s the kind of role we’re used to seeing Anne Hathaway or Emily Blunt play. Page turns in his usual, reliable job, while Skarsgård finds other ways to get naked in front of the camera. It is always a plus.

Much like Marling, however, The East features Batmanglij pushing himself in new ways and succeeding in doing so. Making a suspense-thriller, especially thoughtful, is never easy. Batmanglij shows that he can command action sequences, balance a large number of characters, and derive emotional performances from them. The movie doesn’t have the same budget or scope as, say, the Bourne or Mission: Impossible movies, but it has an equally strong story. Tense, mature and directed by a queer artist to new heights, we recommend that you give him a glimpse of his feelings and thoughts.

Streams on Amazon, iTunes, and VUDU. 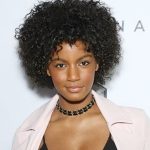