A California court has once again dismissed a sexual abuse lawsuit against Michael Jackson.

On Monday April 26, LA County Superior Court Judge Mark A. Young dismissed a lawsuit brought by Wade Robson, who sued Jackson’s estate in 2013 and accused the late pop star of having it. sexually assaulted while a boy in the HBO documentary. Leaving Neverland.

Robson had accused Jackson’s companies, MJJ Productions and MJJ Ventures, of facilitating the singer’s abuse against him and others.

The judge ultimately ruled that the companies had no relationship with Robson that would create a legal obligation for them to protect him from the alleged assault.

“Wade Robson has spent the past 8 years pursuing frivolous claims in various lawsuits against Michael Jackson’s estate and associated companies,” Jackson’s estate attorney Jonathan Steinsapir said in a statement after Monday’s decision. “Yet a judge once again ruled that Robson’s claims were unfounded, that no trial was necessary.

The dismissal comes after the same judge dismissed a similar lawsuit in October by James Safechuck, another man who alleged sexual abuse in Leaving Neverland.

Jackson’s estate has vehemently denied all allegations and abuse complaints made against him and separately accused HBO of violating a non-bashing agreement by airing the documentary. The case has been referred to adjudication due to objections from HBO, which alleges the Jackson estate is seeking to cover up claims of child sex abuse.

#MichaelJacksonWasFramed began trending on Twitter when news of the layoff broke.

“The media were responsible for destroying his image until the last day of his life. Has been the victim of false accusations, deceived, mocked and despised. Almost 12 years after his death and they still want to tarnish the name of this innocent man, “wrote one Twitter user.

“There was no case for Wade Robson, but he still managed to sully the legacy of a noble dark legend based on no facts but lies. What is happening in the world. Sad sad sad. MJ is still innocent, ”added another user.

The “Man in the Mirror” singer died in 2009 at the age of 50. Jackson’s family has categorically and repeatedly denied any allegation that he abused underage boys. 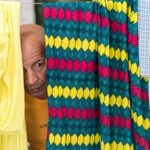