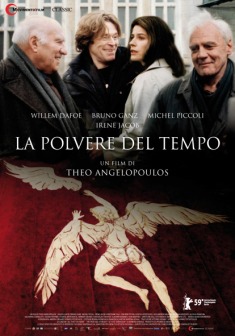 Here you can learn about Theo Angelopoulos’ career and private life curiosities, read the latest news, find all the awards he has won and watch photos and videos.

Film director. Born into a family of merchants, after completing his military service, he graduated in Law at the University of Athens then moved to Paris to study literature at the Sorbonne. Passionate about cinema, he enrolled in the prestigious HIDEC school which, however, he left in 1962, to work at the Musée de l’Homme where he joined the work group of Jean Rouch, ethnographer and pioneer of ‘direct cinema’. He returns to Greece in 1964 and until 1967 he deals with film criticism and writes for the ‘Demokratiki Allaghi’ a left-wing newspaper that is closed with the coming to power of the colonels. After his journalistic activity, he began his career as a filmmaker. After a first film that was never finished due to disagreements with the production (‘Peripeteies me tous Forminx’, 1965), in which he wanted to combine the noir of the 40s with musical comedy, and the short film ‘The transmission’ (1968), in 1970 he managed to direct his first feature film ‘Reconstruction of a crime’ which brings him to the attention of international critics thanks to the special mention at the Berlin Film Festival. Subsequently he began to make the trilogy based on Greek history from the Thirties to the Seventies, consisting of ‘The days of’ 36 ‘(1972),’ La recita ‘(1975) and’ The hunters’ (1977). Already from the first of the three films, the director’s characteristic features are highlighted, the use of dead times and the sequence shot, the use of the fixed shot and the off space. In subsequent productions Angelopoulos further defines his own style by refusing the traditional passage from the past to the present and with ‘La recita’, recounting 13 years of Greek history in an acronological way through the vicissitudes of a theatrical troupe, he obtains public success and the Prize of international critic in Cannes in 1975. The protagonists of the third film, ‘I Cacciatori’, with which he arrives at the events of 1977 are bourgeois. In 1980 with ‘Alexander the Great’, the story of an anarchist considered a brigand, he won the Golden Lion at the Venice Film Festival. In 1988, still in Venice, he won a Silver Lion with ‘Landscape in the fog’ in which two children travel in search of their father who emigrated to Germany. Two years earlier he had signed ‘Il volo’, with the interpretation of Marcello Mastroianni, here a beekeeper, who he will direct again in ‘Il passo suspended della cicogna’ (1991) where, as a tribute to Michelangelo Antonioni, he reconstructs the couple with Jeanne Moreau trent ‘years after’ The night ‘. On the other hand, 1995 is ‘The gaze of Ulysses’ on the Balkan tragedy seen through the eyes of his double, Harvey Keitel, who only dreams of returning home in peace.

THE LATEST FILMS BY THEO ANGELOPOULOS 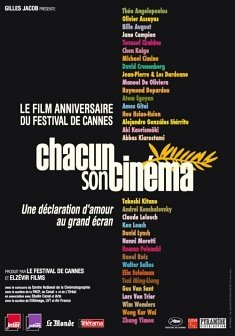 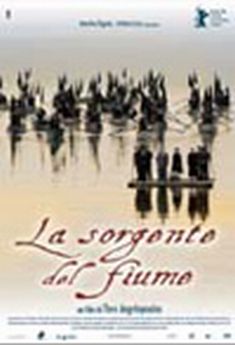 The source of the river (Trilogy I: To Livadi pou dakryzei)

THE MOST RECURRING GENRES OF THEO ANGELOPOULOS

AWARDS AND ACKNOWLEDGMENTS FOR THEO ANGELOPOULOS 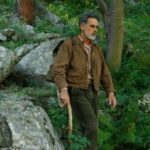 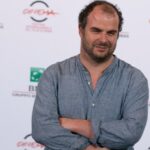